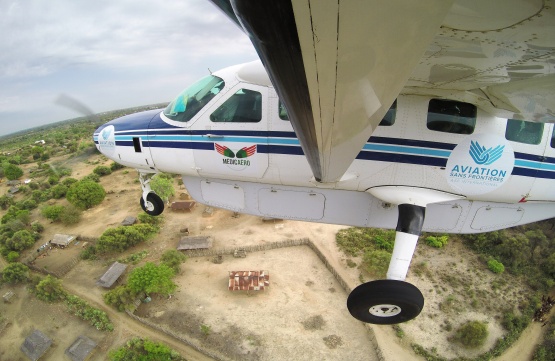 In April a 2018 a multidisciplinary medical team of 13 people has been able to consult patients of 6 remote areas of Ampanihy District thanks to the Cessna Grand Caravan operated by ASF in April. It has been the 6th mission of ASF with the NGO Mediaero

People in the remote areas of Madagascar face serious difficulties to access to health care. This situation, caused in part by poverty, deterioration of roads infrastructure and increased insecurity, is aggravated by the lack of resources invested in health centers and the consequent medical desertification.  The deterioration of the health status of the population has a wider impacts, including worsening poverty, in areas where chronic malnutrition is already prevalent.

Fly to help the most in need

The innovation of the medicine by airplane supported by the French NGO Médicaéro and by Aviation sans Frontières is to bring a team of medical specialists directly in contact with the patients of the remote areas thanks to air transport. Aviation is indeed the most appropriate option in that specific context:

Since 2015, Medicaero's team of doctors provide one week of medical consultations and interventions per trimester in Ampanihy District in south-west Madagascar, in Ampanihy and Ejeda towns and surrounding villages, in collaboration with local doctors and nurses. These interventions are associated with capacity building of local medical staff and the provision of medicines to health centers.

Next steps towards sustainability of the project